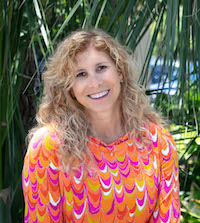 Ann King is Vice President of Brokerage at Berkshire Hathaway HomeServices Florida Network Realty.
In her role, King oversees and coaches the broker management team with an emphasis on increasing productivity and recruiting.

King joined Berkshire Hathaway HomeServices Florida Network Realty in 2007 and quickly became a top-producing Realtor specializing in luxury homes in the St. Augustine and the beaches area. She was appointed Broker/Manager of the St. Augustine office in 2009 and also began managing the Murabella office when it opened in 2016. She was promoted to her current position in 2018.

Prior to joining Berkshire Hathaway HomeServices Florida Network Realty, King spent nearly a decade working in retail management with an emphasis on marketing and merchandising. Those experiences provided the foundation for her commitment to exceptional customer service, outstanding negotiation skills and dedication to the community and charitable initiatives.